Lord Morrison Hall is named after Lord Robert Morrison, a Labour politician and Peer. Morrison was instrumental in encouraging home food production during WW2. He was a great supporter of the Tottenham Dustmen’s Pig Club, a hugely popular and successful project that inspired many similar projects across the whole country.

The below are pictures are from a WW2 article about the Tottenham dustmen’s very successful Pig Club.

“The Government said “Grow More Food.” Tottenham dustmen rallied by starting a Pig Club. Now Boroughs and Corporations all over the country are wanting to know how to start Pigs Clubs. Here’s what Tottenham did.”

“THE BIG MOMENT OF THE WEEK: The Pig Club Meeting in the Destructor’s Office – It was Mr. H. Gurney (X), Superintendent of the Cleansing Department, who first thought of having a Pig Club. He said it would be a national service to add to bacon stocks, would cost nothing, might even make money for members or charities. Dustmen rallied. Here are Harry Ward, A.G. Shearman, H. Gurney (Superintendent), S.H. Traveller, W.H. Piggott and F.W. Stephens (engineer).”
“….Dumped Together for Boiling – All this is edible. Boiled by waste steam from the destructor, it makes fine pig-swill. Farmers clamour to buy it.”

“And Finally, the Pigs Get Down to a Good Feed – At present, there are forty of them. Soon, they’ll be a hundred. Their pig-swill has cost nothing. Cost of buying them and of piggery was met by £100 investment by Canteen Committee, men’s own shares and voluntary labour. Result-more bacon and surplus pig-swill sold to farmers.”

“FROM HOUSEWIFE TO PIG STY: How Tottenham Pigs Get Fed – Mrs. Forbes of Parkview Road, is one of the 30,000 Tottenham housewives who keep their kitchen refuse apart from their other rubbish. Dustman Frank Jackson, ardent Pig Club member, collects it. Puts it aside for his pigs. Every year, Tottenham gathers 1,500 tons of kitchen refuse.”

“Kitchen Refuse is Kept Seperate – An ordinary dust-cart, but it has two bins bracketed to the front. Into these go peelings and other kitchen rubbish.”

Above, extract from A Green and Pleasant Land: How England’s Gardeners Fought the Second World War By Ursula Buchan

Who was Lord Morrison?

The hall is named after, and dedicated to the work of the Labour peer, Lord Robert Morrison of Tottenham. In his obituary The Times wrote on 28 December 1953 that Morrison would, “perhaps, be remembered most widely for his leadership in the campaign to encourage home food production during the recent war … From the outbreak of the 1939-1945 War he took a leading part in schemes for producing food to replace supplies cut off by the enemy … He encouraged the formation by the dustmen of Tottenham of a pig club, which became an immediate success and was the precursor of many similar organisations throughout the country.” 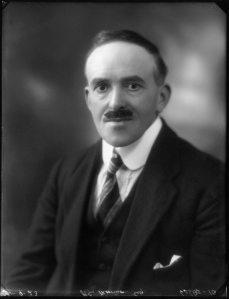 (this image is in the collection of the National Portrait Gallery)

Morrison was a socially progressive British Labour Co-operative politician. Born in Aberdeen, he worked as a schoolmaster in the Middlesex suburbs of North London. He became involved in the Labour and Co-Operative movements, and in 1914 was elected to Wood Green Urban District Council. He served as a private in the British Army from 1915 – 1919. In 1919 he returned to local politics when he was elected to Middlesex County Council. After the 1924 general election, he served as Parliamentary Private Secretary to the then Leader of the Opposition Ramsay MacDonald, continuing to serve as Parliamentary Private Secretary after MacDonald became Prime Minister. On 15 November 1945, shortly after he had been re-elected at the 1945 general election, he was given the title Baron Morrison, of Tottenham in the County of Middlesex.

Narrative Eye are a charity who champion Black British literature and history. They run a popular children’s theatre club every Saturday at the hall.

The organisation are proud to have a writer in residence, the historian and international researcher Onyeka. Last year he published Blackamoores: Africans in Tudor England, which is pictured above.

Lord Morrison Hall was founded in 1957 and has a long and rich history. We are currently going through the archive and will be posting photos and ephemera. If you have ever used or visited the hall – and there are lots of you out there – we would love to hear from you and to feature your memories and stories.

For the past twenty years Mr Dau (pictured on the right) has managed Lord Morrison Hall. Mr Dau is also the Director of Afro International, a charity who are based in the hall.

Philip works with several groups who use the hall – and is a founder member of the Friends of Lord Morrison Hall who are determined to stop the hall being demolished by the council.

Thanks to all of you organised and who came along to a really fantastic event. LMH was proud to pay tribute to Winnie Mandela. We screened the 2011 film, Winnie Mandela, and then afterwards enjoyed a lively and thoughtful discussion about this defiant, formidable, complex and truly inspiring woman. 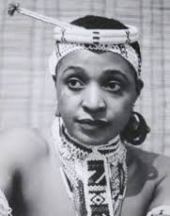